When you’re penis-less in the corporate world –especially the games industry– there are a few things you should know. Let me share with you my 15 years of experience and observation. Read ‘observation’ as this is not all stuff I’ve done. I will leave you to guess which ones.

1) Don’t dress like a tramp
Whether you actually put out or you’re just dressing the part, this does nothing for your career. You will get a lot of attention, but not the plum assignments, promotions and opportunities. It is easy to be “The Hot Chick” in this industry. The bar is very low. Don’t let this go to your head. If people think you spend more time applying false eyelashes than you do preparing a spreadsheet, no one will take you seriously. Don’t be a slob either–people reserve a special flavor of disgust for women who don’t make an effort.

2) Don’t qualify your statements
Boys say: “This is what we should do. The answer to your question is this.” Girls say: “I’m not sure, but I think the answer might be this. I’m just thinking out loud, but perhaps we might want to think about doing this, but I don’t know.”  DO NOT do this. Boys don’t give a shit if they’re wrong, but they say it like it’s the truth. Girls know they’re right but cloak their statements in wishywashy girly nonsense. Don’t use emotion words to answer a question either. Don’t say “I feel that we should do it this way”.  Lop off the ‘I thinks’ ‘I’m not sures’ and all the attendant head tilting, hair twirling and giggling.

3) Don’t do girly stuff
People are going to assume that you are a secretary or assistant because you have boobs. If you aren’t an administrative assistant and don’t want to be mistaken for one, you must NEVER EVER keep candy on your desk. Never volunteer to organize social events. Refuse to make copies or pick up bagels for the team.

4) Kick ass at the job
The cliche was true when your mom was trying to figure this stuff out and it’s still true today. You have to work harder and smarter than your male counterparts. You will have to outshine your co-workers just to be treated as an equal. So don’t half-ass anything. Tackle every project like your life depends on it.

5) Have a family early
Have babies when you are young and just starting out in your career. Because once your employer learns he can live without you for the few weeks or months of your maternity leave, your career is dead. This shouldn’t be true, but it is.

6) Don’t be a skank
Don’t become the company’s morale gear. I know, I know, you were drunk and it doesn’t count if you’re at a convention. Whatever. Don’t shit where you eat. And forget about sleeping with management, no one really gets ahead this way. And when it goes sour (and it will) they’ll start looking for reasons to get rid of you.

7) Self-respect
Get some. Keep it. Guard it. Don’t let anyone push you around. 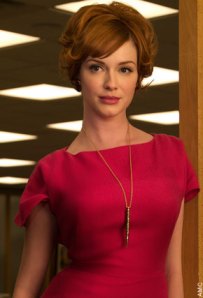 4 thoughts on “Biz Tips for Chix”