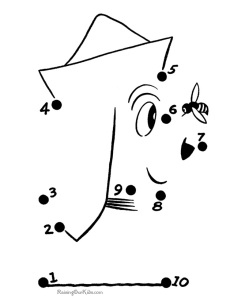 I’ve seen some writing advice that suggests would-be writers know their characters as well as they know themselves. To come up with a complete dossier on their background including their family tree, the name of their first pet, favorite color, college minor, and blood type.

That may be a fun exercise, but it’s a stall tactic. It’s shit you do to avoid the real work of writing. The other reason not to do it is that if you know every freckle on your hero’s ass, you’ll be tempted to catalog them for your reader because you don’t want to waste it. So you’ll end up breaking up the flow of your story with some lengthy aside about how Bobby summered every year at Lake Beelzebub where he and his six brothers would build forts and found a stray dog and named him Fleabite and all his brothers were brunette and tanned easily but poor Bobby had ginger hair and freckled all over and the last summer before Mom and Dad divorced (and Mom ran off with the redheaded UPS delivery guy), two of his brothers held him down in the grass while another one played connect the dots on his ass with a permanent marker. Poor Bobby. At this point your reader is wondering what this has to do with the International Space Station and Near Earth Object number 55436-X. So unless you’re going to bring back Fleabite as a ghost dog (or zombie!) or have UPS Delivery Dad swoop in for a last-minute space rescue…just don’t.

Leaving your protagonist’s backstory unwritten gives you the freedom to fill in the blanks when you have need of them. For instance, if you write a series and you want to set one of the books in another country, well, look at that, it turns out Brenda did her junior year abroad in that very country! She’s got old friends who live there. Maybe an ex-boyfriend she’s never gotten over. And yay! She speaks the language! If you’d blown your college wad in book one going over Brenda’s entire collegiate experience, you’ve removed your flexibility. Because if you try to give Brenda a junior year in Italy when you’ve already said that was the year she had a showdown with her evil resident advisor and nearly burned down her dorm…your readers are going to come after you with pitchforks.

TL;DR: Leave some holes. Even if you don’t fill them in subsequent books, leave wiggle-room for your reader’s imagination

One thought on “Backstory: Don’t Blow Your Load”