Great news! I do not carry the breast cancer gene! Dr. Boobcutter called me himself to tell me. While it’s always good to not have a gene that’s trying to kill you, let me tell you why this is extra-awesome. It means my family can rest easy as well. My mother and aunts and daughters of course, but also my son and brother and any future grandchildren or nieces and nephews. The dudes, too? you ask. Yes. Men who carry BRCA1 or BRCA2 are more likely to get prostate cancer, and can pass the bad gene to their offspring. You can read more about the gene here.

Let’s pause a moment to celebrate this turn of events.

I had a whole day to share the good BRCA news with my family. And then the next day I notice that I have a new message in the online charting system for the hospital. It’s a message from my oncologist Dr. Cappucino and it says that my cancer is HER2 positive. The thing we did not want.

NOTE: I’ve noticed that in this odd side trip in my life that as much as I try to fake myself out and prepare for bad stuff, I’m not very good at it. I told myself (for what–three weeks now?) that the HER2 would probably come up positive. But I guess I didn’t really believe it, and it hit me pretty hard. This was my low point–worse than when Dr. Movie Star told me it was cancer.

Dr. Cappucino’s note went on to say stuff about chemotherapy and stuff. But first, a reminder on what the hell HER2 is.

Does anyone else find it funny that the breast cancer cell totally looks like a boob? The tweet length dealio with this antibody is “HER2 makes cancer grow like a motherfucker. Kill it with chemo.” If you’re a science nerd like I am, read this article about how the National Cancer Institute identified the role the antibody plays and how to stop it. This treatment is cutting edge–one of the drugs was only approved in 2014. This is iPhone 7 shit.

Anyway, Cappucino is recommending Herceptin and Perjeta as part of my chemotherapy. (Don’t read the side effects, Christa, don’t you… ACK! My heart!) He also mentioned that there’s a clinical trial at my hospital that might be a good option for me. He said to give him a call if I have any questions.

I haven’t called him. I haven’t seen a doctor in two weeks. I’m still waiting to make the breast MRI appointment because I still haven’t gotten my period. Which is several days late. I know I’m not knocked up, so either I am more stressed than I have ever been before (a distinct possibility) or my body has declared “fuck you” and has thrown itself into sudden menopause. It’s REALLY starting to piss me off. 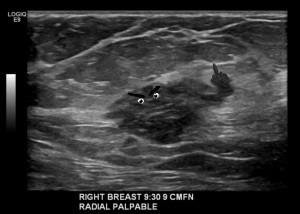 Beyond waiting, the thing that’s irritating me is the possibility of getting chemo/hormone therapy before surgery. It’s not uncommon, it seems to be very effective, and yet I feel like I don’t want to do it that way. For one thing, Turdy is fucking annoying me. He’s shape-shifting inside my tit, and as he is both HER2 positive AND according to his Ki-67 levels 50% of his shitty little self is in mitosis, he’s probably GROWING. You can almost see him from the outside now, in profile. He’s lumpier than before. He might be flipping me off. I want him OUT. I am starting to feel empathy for the crew of the Nostromo.

A friend asked me this weekend, how did I get this? Was it maybe the 30 years of drinking Diet Coke? Someone else sent me an email about how refined sugar causes cancer in rats. Did I eat too many sweets and give myself cancer? Well, I don’t know. No one knows. Do people need to make this my fault in order to feel safe themselves? Is chaos so frightening that blame must be placed on me? I also smoked cigarettes sporadically between kids. I know that’ll help give you lung cancer, but does it have a link to breast cancer? As far as what I did to summon breast cancer (according to the risk factors) I know I did some things right:

Does all that outweigh the things I did wrong? Obviously not. But hey, is it necessary to know why I got cancer? Must we assign blame? Mightn’t it be like an unlucky roll of the dice or being struck by lightening? Do I need to be judged for this illness, or can we just move forward and fight this fucker?