What’s the line between slutty and sexy? And does a heroine need to be heroic? As I write my novel I have a couple friends that are kind enough to read some snippets, allow me to bounce ideas off them and give me their opinions. I just finished chapter seven and my main character has had three sex scenes. Do they give insight into her character and state of mind? Yes. Do they move the plot forward? Uh…one of them does. One of them might be completely gratuitous but it’s a funny/weird/embarrassing situation that I’ve been wanting to use for a long time.

One of my reader/friends says that the sex scenes and my character’s sexy persona is fun and a compelling part of the story. My other friend says that her sexual behavior diminishes her and that she should flirt and tease more–put out less.

I want this character to be complex and flawed and real. I don’t need readers to admire her, but I want them to root for her and feel invested in what happens to her. Is there a slut line? Such that if my protagonist crosses it, readers will stop reading?

I tried to think of promiscuous (and to be clear, this character is not a prostitute or an indiscriminate sport-fucker. She’s young and cute and single and thinks sex is fun.) female characters in literature and it’s kind of hard to do. First, you have the cheaters. The cautionary tales of women who followed their ladyparts into dangerous places with dangerous men and destroyed their families and ultimately themselves. Madame Bovary and Anna Karenina, natch. 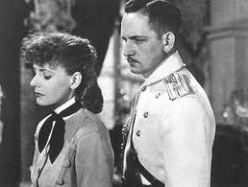 Good old Constance Chatterley (of Lady Chatterley’s Lover) was a cheater, but had her war-injured husband’s permission. He just thought she’d pick someone aristocratic…not the groundskeeper. She was a lusty and passionate woman, but she only boned the one dude. As she survives the novel it’s safe to say she failed to cross the line.

Let’s talk Holly. Holly Golightly, from Breakfast at Tiffany’s. I know you didn’t read the book though you should. Holly was promiscuous. And in the book she doesn’t end up with the dude from the A-Team, fyi. It does not end happily for Holly.

Brett Motherfuckin Ashley. Heroine/anti-heroine of Hemingway’s The Sun Also Rises. She’s in love with Jake Barnes, but something bad happened to his dick in the war. WWI was bad for dongs (see also Lady Chatterley’s Lover). So she bangs a bunch of other dudes for fun. Because sex is fun, right? Poor Jake loves her but since he can’t bang her he has to watch her gallivant all over with dicks not war-damaged. She’s kind of a bitch, but she’s a bitch you admire.

And then. Lisbeth Salandar aka The Girl with the Dragon Tattoo. She sleeps with chicks, she sleeps with dudes. If she gets an itch, she’ll jump up on whoever’s around. No big deal. Does it diminish her as a badass hacker? I don’t think so. Do we feel sorry for her because she sleeps around? I didn’t. I felt sorry for her getting raped by her court-appointed guardian but she doesn’t want our pity. She took care of that piece of shit. I submit that that her badassery is intact though she may have crossed the Slut Line.

I’m not going to venture into the realm of hero vs heroine and how we love James Bond more for every hottie he bangs and tosses aside. Obviously there is a double standard.

So what do you think? Can you name some female literary characters that sleep around and are still sympathetic? It’s harder than you’d think. Chicks in romance novels (if memory serves from 8th grade) have a lot of sex, but it’s always with one dude who is either her arranged/forced marriage husband or marries her by the end.

How much sex is too much for a character? Where is the Slut Line? And how the hell is this even a thing in 2012?

21 thoughts on “The Promiscuous Protagonist – Where is the Slut Line?”