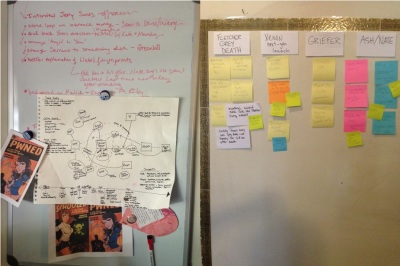 I began writing the first Lexy Cooper crime novel Schooled on May 3 2012 and finished the first week of August. It came out on November 6.

I started noodling on the second Lexy book, Pwned, while Schooled was in the editing process, but I didn’t hunker down and really start making progress until December, and finished the first draft in February.  Keeping with tradition, I started writing Lexy Cooper number three almost immediately. But, y’know, not really. 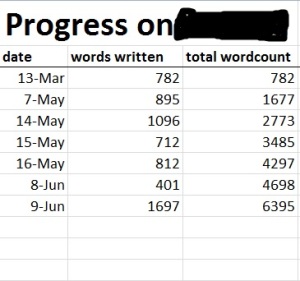 As you can see, the writing has been sporadic as I focused on Pwned re-writes, edits, proofreading, and finally getting it out the door on June 21.

Now it is time. Time to put away the Pwned and get busy writing every day. Lexy’s third adventure (misadventure?) is the one I’ve been waiting to write since I started the series. The one that’s most fully formed in my mind. All that’s left is the writing.

Nay. ‘Cause I can’t, I won’t, and I don’t stop. Lexy #3 should be available in early 2014, and I’m going to attempt a holiday short story around Christmastime. Think Lexy, lots of alcohol, and the Xenon holiday party… ho, ho, fuckin’ ho.

I’m already making notes on Book 4, researching Book 5, and have written the end of Book 6. Yep, we have “trilogy-creep.” The Lexy Cooper series will be at least six books.

So, enough procrastination. Here I go, back into Lexyland!