I had nearly given up on getting my pathology report yesterday. I’d started second-guessing my memory about what Dr. Superman had told me. (“He said Monday or Tuesday…maybe he meant NEXT week…”) I’d called my surgeon’s office in the morning to make my post-op follow-up appointment that morning and asked the receptionist about my report. She said it wasn’t in yet and she’d call them and find out what was going on. Then I heard nothing all day. So, I was pleasantly surprised when Supe called me around 5:30. He took a minute to apologize for the delay. He said something about how it was taking longer to process or whatever blah blah blah. Get to the good part, I thought. Go ahead and tell me “Congratulations, you are cancer-free.” 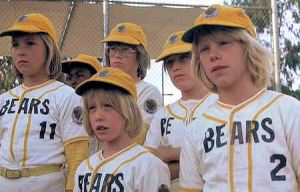 Only that’s not what he said. One of the lymph nodes he removed had cancer in it. Still. After SIX ROUNDS of shitty, miserable, fucktatious fuckwad chemo. The other node had fibrous shit in it which he says indicates it probably did have cancer, but the chemo got it.

Then the other thing he said was that in the junk he took out of my boob there was DCIS which is Ductal Carcinoma In Situ, also known as Stage 0 cancer. This stuff I guess can’t kill you unless it escapes your duct and becomes invasive (Turdy was Invasive Ductal Carcinoma). From what I understand it’s a sleeper cell. There is debate in the medical world over whether it is being overtreated currently. Right now protocol usually is to cut it out and maybe radiate it. Chemo doesn’t really work because it targets fast-growing cells. Sooooo this is another cancer that had never shown up before. Not on mammogram, not on ultrasound, nor MRI nor PET scan. It’s an October surprise.

So what now? What do I do now. Here’s were Dr. Superman gets infuriating. (Insert a bunch of words about how he’s nice and a skilled surgeon and I respect him, etc etc). Supe thinks in terms of stats. Overall stats. So when I was wondering whether to have a mastectomy or a lumpectomy, he didn’t offer an opinion, just told me that after ten years there was no difference in survival rates. So it didn’t matter which I chose. And he told me the same thing yesterday. That the chance of recurrence of the cancer statistically, over the long term will be the same whether I just go ahead with the radiation I was going to have anyway or if I have more surgery. The difference will be how I feel about it.

“Well, if I just have the radiation as planned, how will we know it worked?”

“You’ll know in ten years when the cancer hasn’t come back.”

So here’s what I know from this conversation:

Here’s what I don’t know:

Reading back about HER2 + cancer I noticed something that I hadn’t seen the first time.

“According to The New England Journal of Medicine (NEJM), up to 70 percent of patients with HER2-positive breast cancer respond to treatment. However, total remission for the condition occurs in around 7 to 8 percent of patients.”

Maybe I don’t understand it correctly, but it appears that only 7 or 8 percent of HER2+ breast cancer goes into remission. Well, that can’t be true, can it? I mean, was there only ever a small chance that I would, at some point, be cancer-free? Do I not properly understand the term “remission?”

Why did I think I’d get to hear those “cancer free” words? Why was I so convinced I’d be popping champagne corks instead of shaking my head and wondering what the fuck has gone so wrong?

Dr Supe told me he’s on call this weekend and if I have questions to call his service and tell them it’s an emergency. Which is very kind. But I…don’t know that I can ever get a straight-up honest answer out of him. Unless it’s something that I can’t use. When he says it’s statistically identical for me to have more surgery or just the radiation…what does that mean for me as an individual? That I’m fucked either way? Or I’m okay either way? And just what ARE the statistics? He didn’t mention any numbers…and I could spend all day and all of next week looking for that stat and I won’t be able to find it.

I don’t know where I stand. I have an appointment with Buffy the Cancer Slayer on Monday morning and hopefully she will be straight with me. Also, I need to get my hands on that pathology report and see for myself just what is what.

I’m not a child. I’m not fragile or addle-brained. I don’t need to be protected. I’m not asking for nuclear launch codes; I just want to know the truth about what the fuck is in my body, how dangerous it is, and how to make myself as safe as possible.

Is that asking so much?

3 thoughts on “Bad news, confusion, and a giant WTF”