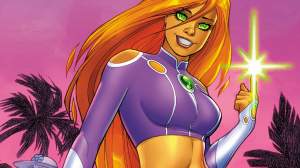 Now that chemo and surgery are in the “done” pile, it’s time for radiation. What’s getting zapped? My right boob and the lymph nodes in my right armpit. The preparation for this has been sort of fascinating for a nerd like me. First, the radiation nurse educated me on what I can and cannot do while I’m getting radiation treatment. What sunk in is that I can’t use deodorant on the armpit that’s getting zapped. Ew, right? Well, she told me the tale of a non-compliant patient who insisted on using deodorant and his skin “sloughed off.” No pit stick. Check. The other thing is that I have to eat a ton (60-90 grams daily) of protein (Cue shit-eating grin from my husband. Nice try, Gunny) to rebuild the good cells that are going to be dying off from the rads. She said other stuff too. No antioxidants, go easy on green tea, no hot tubs or crazy hot baths/showers. I’ll see her each Friday so she can check on how I’m feeling and make sure there aren’t any early signs of lymphedema.

Next, Dr. Spiderman (the radiation oncologist) and…let’s call her Starfire (the radiation tech) gave me a CT scan while I lay on the table with my arms over my head. They made some measurements and put a sticker with a metal bit inside on each side of me and one in the middle. Then they scanned me and when they were happy with their work Starfire gave me a tiny black dot tattoo on each side.

These are so I can be lined up properly in the same spot each day so what needs radiating gets done and they don’t hit anything that could be dangerous (like my heart or lungs).

Starfire told me that the measurements she took, the CT scans, and Dr. Spiderman’s info about my particular cancer and his prescription for treatment would be handed off to a dosimetrist who would figure out the exact angle and dosage and all that. I’d never heard of such a person, so I looked it up and it’s actually pretty cool.

A week later I went back for more stuff. This time Starfire and another tech took me into the X-ray room to test out the program the dosimetrist had come up with. Make sure his calculations matched up with my human body. This was both super cool and slightly intimidating.

As machinery rotated around me and red and green lines projected over my skin I couldn’t help thinking about the rogue laser surgery machine in Logan’s Run.

Or Goldfinger‘s crotch laser. “Do you expect me to talk?” “No, Mr. Bond. I expect you to die.”

Both the disc-shaped thing and the cafeteria-tray thing that took turns rotating into position above me were slightly reflective, so I could see me and my boob and the red and green lines. Starfire popped in and out of the booth to draw on me. She also gave me one final black dot tattoo. My posture was that of a reclining nude, but with a Tron grid overlay. Weird. I didn’t have my phone, or I’d have captured it. Here’s sort of what it looked like:

This painting by Modigliani just sold for 170 million bucks.

And here’s what I looked like when they were done:

So, tomorrow the real zapping begins. The beams will only be on me for about 20 seconds. It will take longer to change into a hospital gown than to receive my treatment. I have a new parking pass and a special swipe card for checking in. Nurse Rad says the fatigue usually doesn’t hit for a couple of weeks, and comes not from the radiation itself but as a result of how hard your body must work to repair the cell damage. Sounds to me like the kind of pregnancy tired your body gets from building a human being. And I know I can deal with that. Actually, I feel like chemo set the bar for shit I can deal with. So I’m not afraid of radiation.

In general though, my level of anxiety is pretty ridiculous. I’ve worked myself into some sort of panphobic paralysis. I dread every phone call and email. I live in fear of a knock at the door. I went to see Spectre with Gunny and during the final third I become convinced that a man who had come in late to sit in the handicapped spot was going to pull out a weapon and slaughter us all. I had a vivid dream that I was in a cancer ward in New Orleans and the doctors discovered that I had a fatal case of akomi sarcoma. It was level 6 Hertz, which is really bad so I prepared to make goodbye videos for my children. At some point I realized I was dreaming and made myself remember the name of the new cancer, convinced this was a warning from my subconscious. So I Googled “akomi sarcoma” as soon as I woke up. Of course, it doesn’t exist.

On the more realistic (but barely) side of my anxiety, I am concerned about my liver. I’ve become super sensitive to acetaminophen (I vomit up large doses) and my appetite has tanked recently. There has been no end to the diarrhea situation aside from the two post-surgery Percocet weeks. So then I have this conversation with myself:

Me: I had a PET scan that showed nothing suspicious in my liver!

Myself: Yeah, seven months ago.

Me: I’ve had six rounds of chemo since then.

Myself: Which didn’t get all the cancer in my lymphnode!

So am I a hypochondriac now? Because every fucking twinge, bruise, ache, and brainfart makes me go “CANCER!”

One thought on “Breast cancer phase 3: Let’s get radiated!”