Contrary to what you may hear, I DO cook. But to be clear, let’s define the term “cook.” 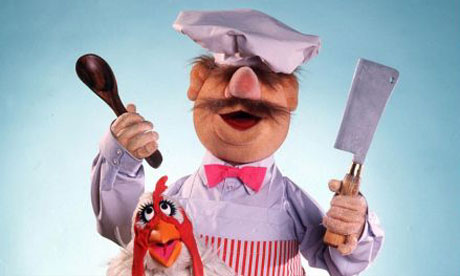 I was gonna put my face on ol' Bork Bork here. But I was too lazy.

If I take a food item that is frozen, chilled, or room temperature and apply heat, I have cooked it. So, any food I eat in a restaurant or purchase through a window in my car obviously doesn’t count. But microwaving a hotdog for thirty seconds and then cutting it into toddler-sized (no choking) pieces does count.

Here are some of my kids’ favorite home-cooked meals: 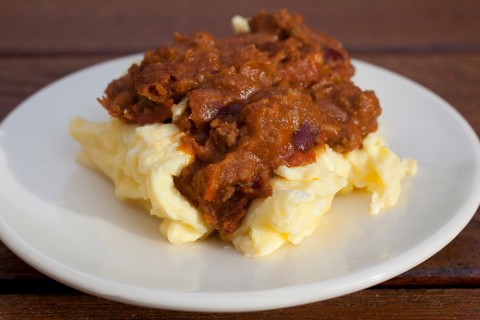 Scrambled eggs and chili. Yeah, it’s chili from a can. You dump that shit in a bowl and nuke for 1 minute. The eggs you gotta break, scramble and cook in a pan. 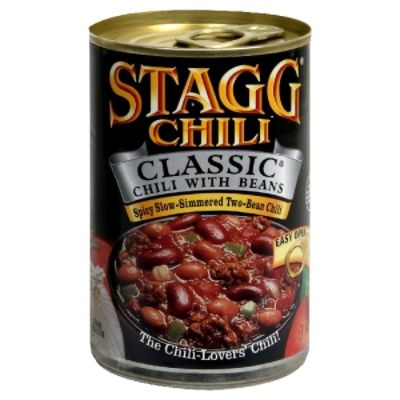 Ribs and Biscuits. Ribs from a package, biscuits from a tube. 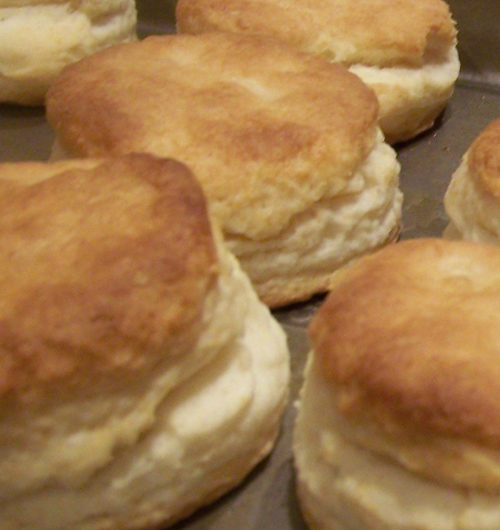 This is a tricky one because a) the ribs have to cook for almost an HOUR b) the biscuits and ribs both need oven-time. My solution: Ribs in the big-boy oven, biscuits in the toaster oven. Ain’t I clever?

CAUTION: Be careful releasing the tubed biscuits. I once cut my finger WITH A SPOON trying to breach the hull of the dough containment device.

Chinese Delight. This is the most complex of my Lazy-Ass Dinners because there are multiple steps and three heating devices involved.

Step One. Cut a hole in a box.

1. Put some rice and some water in a rice cooker. I can never remember the rice to water ratio, so Kid 2 does this part. 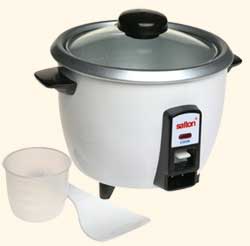 2. Plop a bag of frozen PF Chang goodness into a skillet. We dig the Beef with Broccoli and General Chang’s Chicken. Set a timer for 10 minutes and put a lid on that bad boy. Note: Open the bag first, dump out the food part and then throw the bag part away.

3. When the first dish is done, shovel it into some sort of receptacle that is impervious to melting and stick it in the big-boy oven set to warm. This is the complicated part. 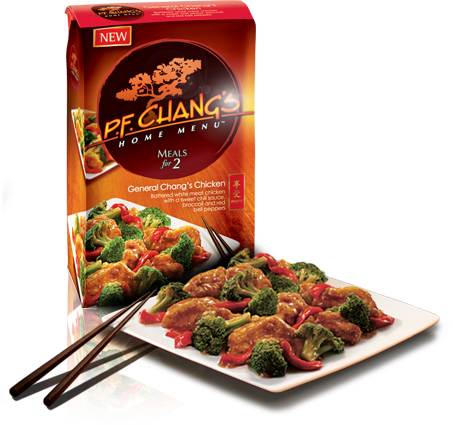 4. Open the bag on the second PF Chang frozen delight and dump the food into the skillet that the other food used to be in. Cover it up and set the timer for ten minutes. I mentioned that the stove has to be on, right?

5. When the timer goes off take the first food out of the big-boy oven and get some rice out of the rice cooker and put it all on a plate.

4 thoughts on “The Lazy-ass Chef”